With the support of the Social Science Scholars program I was able to work on several projects. Once summer began, I conducted a preliminary visit to Alban, Colombia to form relationships with community members to conduct an ethnographic research project in the future about the negation and recuperation of Indigenous identities in Colombia. After my visit, I participated in the Moore Undergraduate Research Apprenticeship Program at UNC – Chapel Hill. This was a 10-week program where I produced an original research paper and prepared me for graduate school. After my 10-weeks, I flew to Rio de Janeiro, Brazil to work on archival research for my honors thesis.

My first and only week in Colombia was spent around the goal of making a daily trip to Alban, Colombia. Alban is a small town around two hours outside of Bogota where my grandmother grew up. As I had no contacts there and was not sure if there would be a place for me to spend my night, I came to the conclusion it was best for me to only do a daily trip. Once I coordinated the logistics of transportation, I arrived on a Tuesday morning ready for a day of archival research only to be dismayed when I found out the town’s Church, where archives are kept, is closed on Tuesdays.  Fortunately, I was directed by someone in the mayor’s office to speak with the town’s local historian who runs a market. When I met him, he detailed everything from the town’s first peoples, the Panche, and the town’s original name, Chrigüa, which means “cold waters.” He also briefly spoke about the town’s connection to the Panche identity and culture. Having him as a connection will be extremely important in the future for when I conduct an ethnographic research project about the negation and recuperation of Indigenous identities in Colombia. 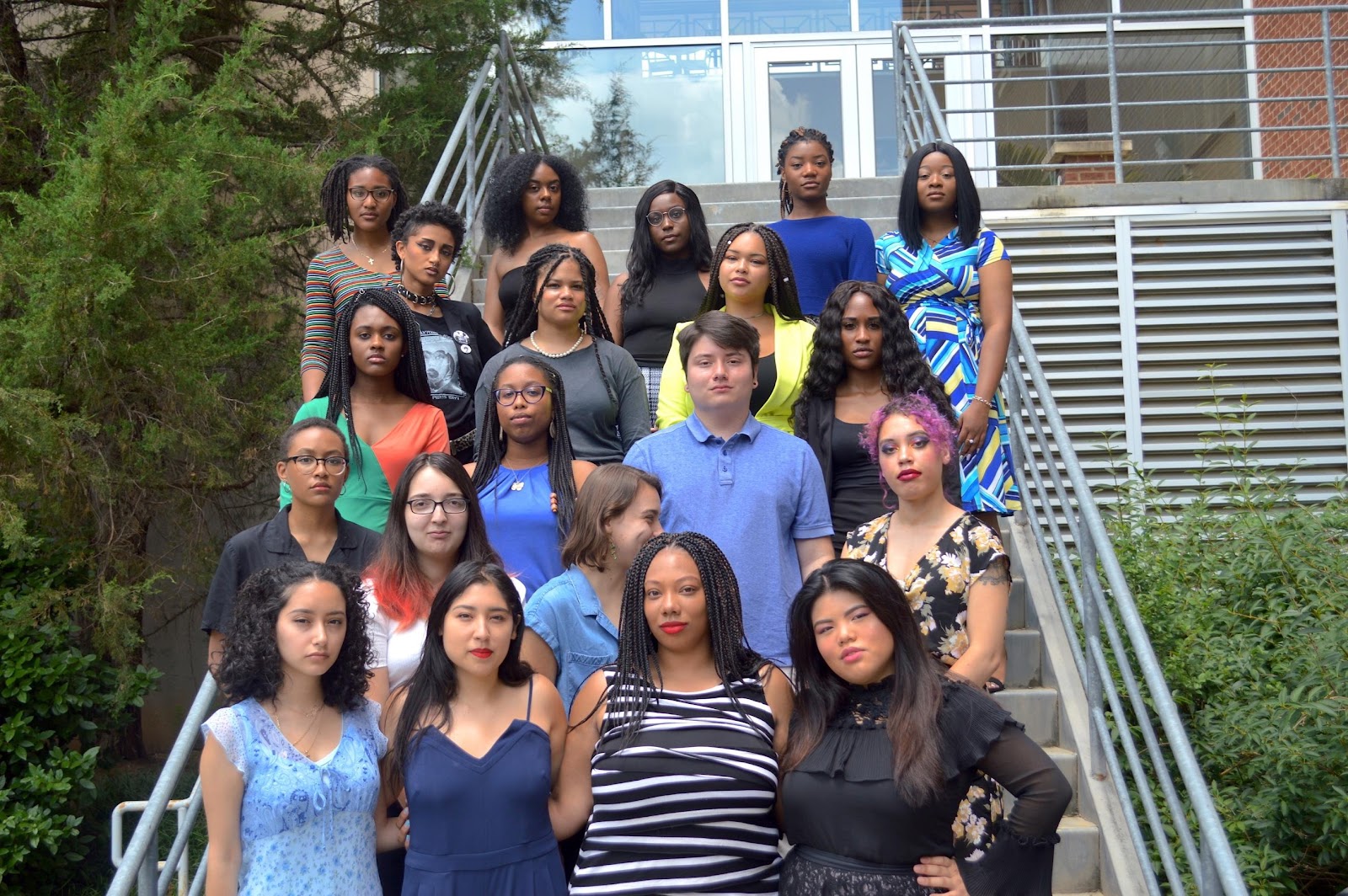 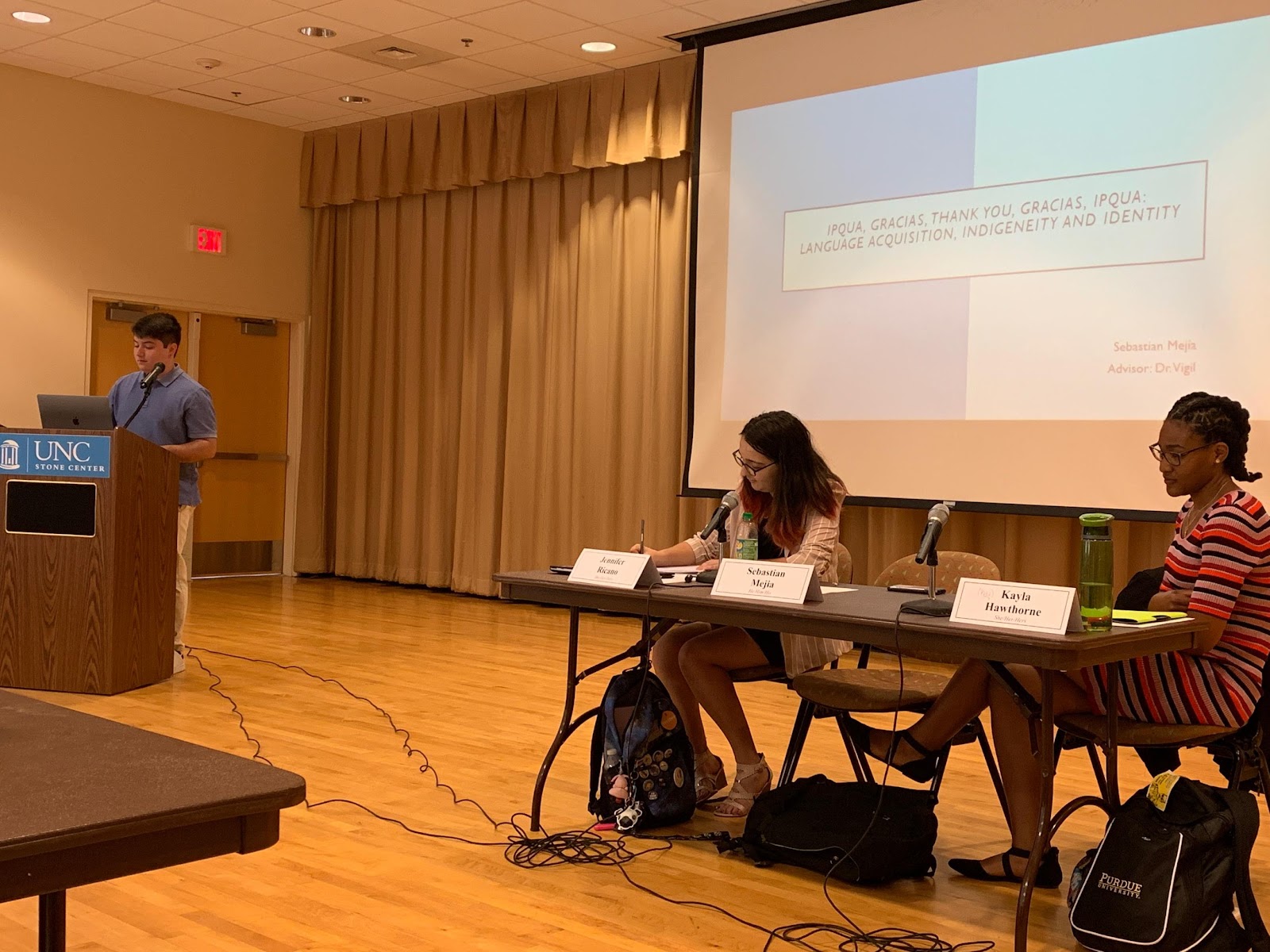 I spent the next ten weeks in Chapel Hill participating in the Moore Undergraduate Research Apprenticeship Program. This program prepares students with marginalized identities for graduate school via mentorship and concludes with an original research paper. These ten-weeks were transformative as I made close-knit relationships with my peers who were also in the social sciences/humanities and were in the process of applying to graduate school. At the end of my ten weeks I presented my research, titled “Ipqua, Gracias, Thank You, Gracias, Ipqua: Language Acquisition, Indigeneity and Identity.” This program cemented my goals of graduate school and entering the academy one day.

For the last month of my summer, I spent it in Rio de Janeiro, Brazil. I went to the Museu do Índio, or Museum of the Indian, each day to look through their digitized archives and read what they had in their library. I was looking for documents that related to communities of Indigenous descent who may not have described themselves as Indigenous or have been recognized as Indigenous by the state until the 1920s. Drawing on this archival research experience, I am writing an honors thesis exploring the reasons why these communities are now affirming their indigeneity and are demanding ethnic recognition. I would like to continue this research through a doctoral program in History or Anthropology.

With the support of the Social Science Scholars Program, I was able to take on all these projects this past summer that have made me a better scholar and more certain in my future. Without the Social Science Scholars Program, I do not think I would have been as competitive as a candidate for the graduate school application cycle. This summer has grounded me as a person and cemented my research interests. I am thankful for the experiences this program has allowed me to have and hope to support future scholars in their endeavors.

Sebastian is a first-generation Colombian-American who is pursuing a duel degree in Latin American/Caribbean studies (honors) and international affairs.

The featured image is from Bloomberg.com.